THE ROLE OF THE SCHOOL GOVERNOR

The Value of School Governance

Governing bodies make decisions which are in the best interests of the children and young people. Keeping the decision making as close as possible to those that are affected by the decisions makes for sound and efficient leadership and governance.  Fulfilling the role of a school governor is, therefore, both a serious undertaking and enormously rewarding. Not only do governors bring their own knowledge and skills to the role, but, in learning how schools are run, they often develop their understanding of leadership. The majority of employers appreciate this and are supportive of their staff taking on the responsibility. In addition, contributing to the growth and development of a school and seeing tangible improvements in the attainment and well being of the children is a satisfying and important contribution to the local community. For a church school, governors also support the development of the distinctly Christian ethos of the school.

The Role of the Governing Body

The governing body is responsible for the conduct of its school, and must promote high standards of educational achievement at the school. It is the school’s accountable body and as such:

In order to do this, governors need to gain knowledge of how their school operates through training, by attending meetings, and by getting to know their school community, for example through a small number of visits to the school during the school day. Governors need to work together as a team, under the leadership of the Chair of the governing body. Most governing bodies require their governors to sign a code of practice

Could I be a School Governor?

We want to recruit people who care about children's education, which include:

What support will I receive?

As a governor you will receive lots of support from the headteacher of your school and the other staff and governors. Lancashire Governor Services Team will support you with advice, information and the opportunity to take part in training and conferences.

The governing body has a clerk to help prepare and organise the meetings in conjunction with the chair of governors and headteacher. They will send out agendas and supporting papers and then minute the meetings. Clerks to governing bodies also give advice during and between meetings.

How much time will I need?

Realistically you will need to attend one full governing body meeting each term. You will also be asked to serve on at least one committee which will probably meet once or occasionally twice a term. So that is about three meetings per term.

You will need to get to know your school well (if you don't already) preferably by visiting when the school is in session and the pupils are in school. However this may not always be possible and some governors keep in touch with school life through after school events such as fundraising or charity events, Parents Teachers and Friends Association meetings, sports days, school parties and holidays, etc.

What knowledge do I require?

You do not need specialist knowledge or training to become a governor. It is your lay and community experiences that the governing body requires. However you will become knowledgeable by being a governor and this can help you to participate more fully in your local community or even open up opportunities for you personally, eg involvement in Parents Teachers and Friends Association (PTFA), voluntary work within school, an awareness of new employment opportunities.

A comprehensive programme of training courses for governors is offered by the Lancashire Governor Training Team, to support you in your roles and responsibilities.

Who can be a Governor?

Governing bodies are made up from parents, school staff, members of the community, and people appointed by the local authority. In some schools the community representation is provided through foundation or partnership governors.

The regulations relating to governor appointments changed on 1 September 2012, and the details of the appointment processes which apply depend upon whether the governing body was constituted or reconstituted before or after that date. For information about the process at specific schools, contact the headteacher or the Governor Services area teams.

The law does not allow elected members of the local authority, or people who work at the school for more than 500 hours in a year, to become parent governors.

The headteacher makes arrangements for holding an election if there is a vacancy for a parent governor at the school. The headteacher has a place on the governing body, unless they choose not to be a governor. The headteacher's position cannot be filled by anybody else.

Staff governors are elected by the school staff. Both teaching and support staff employed to work at the school are eligible for staff governorship; volunteers are not eligible.

The headteacher makes arrangements for holding an election if there is a vacancy for a staff governor at the school.

Foundation governors are only to be found on the governing bodies of voluntary schools and some foundation schools. They are appointed by the body or bodies named in the Instrument of Government. For Samlesbury CE Primary School this is Blackburn Diocese. They are appointed to preserve and develop the religious character of the school as well as to secure compliance with the trust deed. Normally, foundation governors serve for a four year term of office. 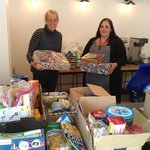 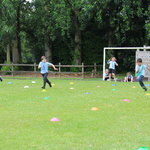 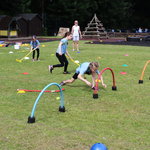