Who can make a complaint?

This complaints procedure is not limited to parents or carers of children that are registered at the school. Any person, including members of the public, may make a complaint to Samlesbury CE Primary School about any provision of facilities or services that we provide.

The difference between a concern and a complaint

A concern may be defined as ‘an expression of worry or doubt over an issue considered to be important for which reassurances are sought’.

A complaint may be defined as ‘an expression of dissatisfaction however made, about actions taken or a lack of action’.

It is in everyone’s interest that concerns and complaints are resolved at the earliest possible stage. Many issues can be resolved informally, without the need to use the formal stages of the complaints procedure. At Samlesbury CE Primary School we take concerns seriously and will make every effort to resolve the matter as quickly as possible.

If you have difficulty discussing a concern with a particular member of staff, we will respect your views. In these cases, the headteacher, will refer you to another staff member. Similarly, if the member of staff directly involved feels unable to deal with a concern, the headteacher will deal with your concern/complaint themselves. The ability to consider the concern objectively and impartially is more important.

We understand however, that there are occasions when people would like to raise their concerns formally. In this case, Samlesbury CE Primary School will attempt to resolve the issue internally, through the stages outlined within this complaints procedure: 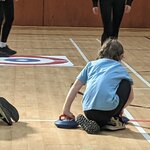 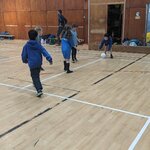 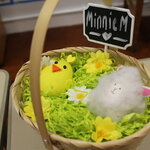